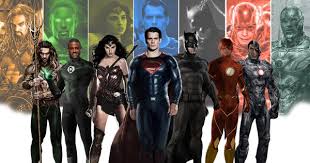 Last Wednesday (late October 2016) I was privileged to meet up with four of my favourite tweeps and bloggers. Kate Bowles (@KateMfD) and her wonderful daughter Clementine (@clembowles) were visiting the UK from Australia, so Richard Hall (@hallymk1), @Plashingvole (PV) and I couldn’t possibly miss the opportunity to get together. All of them have been an enormous source of support, advice and incomprehending headshaking during my last few tormented months in academic employment. The latter three of us are all based in the Midlands, and since Kate and Clem seemed to be circumnavigating the UK en route to various relatives, they were persuaded to drop by Leicester for lunch at Delilah Fine Foods , conveniently located next door to the Richard III Visitors’ Centre.

It turned out I was the only one who had met each of the others (except Clem) – either in person or via Skype, and could be relied upon to pick each of them out of a line up, so we wouldn’t be  loitering around wondering if that was an academic fellow traveller or another vegan habituee of Delilah’s.

I can’t really convey how momentous it was to be in the company of all these fine people. Despite coming from different disciplinary backgrounds, we are united in our opposition to the corporate university, managerialism, academic capitalism, management by metrics – and united in our wish to support the humanities, academic freedom kindness and humanity in our universities. Our conversation was not entirely uplifting as we all had stories of brutality being visited on friends and colleagues in academia. We told stories of infringement of academic freedom  and of impossible targets  being levied on academics . We heard about the astonishing levels of casualization in Australian universities , and how that strategy is gaining momentum in the UK. We discussed government policies which seem to undermine both the resourcing and independence of universities in the UK and Australia. We talked about possibilities for resistance, and the importance of conveying to younger scholars that it doesn’t need to be like this. As Steven Jones et al. argue here  we need to seize the narrative, challenge the discourse, do some refusing and disrupting…..Perhaps we could be more active in our unions in order to focus their efforts more intently on the erosion of academic freedom and job security.

As I blogged last time, those counter-narratives are strengthening and solidifying in the form of manifestos. Here’s a link to the Copenhagen declaration. What they all have in common is a plea to reinstate humanity at the core of the university. There is a callousness and objectification in being measured, evaluated, appraised and performance managed in each class, journal article or syllabus. There is some kind of template being imposed on academic careers, and even academic opinions, outside of which it is impermissible to stray. Enough. This is not a plea for special treatment because, yes, Glyn Davies, MP, academics do live in the real world – even in an extreme and dysfunctional simulation of the corporate world. This is a plea to allow academics to survive in their jobs without epidemic levels of anxiety and work-related stress. Here I would have linked to the blog post I wrote last March, except my previous employer required me to take it down.

Despite the catalogue of academic aversions, it seems we share a collective belief in humanity and the possibility of a better future. And of course we are animated by our engagement with digital pedagogies, social media and critical university studies. PV, with his inexhaustible range of cultural references has appointed us as the Justice League of Academia. I confess I had to look this up because comic superheroes would never have made it through the parental firewall chez Morrish; nevertheless it is an appealing comparison. It certainly added to the allure for Clem of meeting some rather sedate middle-aged bien-pensants, although we may have fallen short on discernible super-powers. Clem, incidentally, is already accomplished at the practice of artful and articulate authoritarianism.

As we left the café, I hauled out my camera for a photo to memorialize the occasion. As we shuffled into position, a kindly passer-by stepped forward to offer to take the picture. ‘See’, said Kate triumphantly, ‘humanity is always there’. Indeed. Time to start believing again, and more importantly, making it part of our academic practice and our activism.

And so we dispersed to fight for liberty, justice and the academic way in our various projects. PV (who like any self-respecting superhero prefers the cloak of virtuous and virtual anonymity) set off for the second hand bookshops to slake his thirst for literature. Richard headed for a meeting. Kate and I queued in Boots for Lemsip to clear that fog-induced catarrh of an English October. The Justice League, but also my fantasy league of academic colleagues.

It wasn’t many days before we were all in touch again – called to attention by a blog piece from the excellent Paul Prinsloo @14prinsp   where he offers several different approaches to educational activism: of being ‘woke’ meaning switched on and critical, to passing round the messages via retweets and postings, or just quietly ‘hospicing’ – not looking away, but watching and witnessing with care and concern as a dying system progresses to its demise. This is “a letting go, a critical self-knowledge of your own locus of control, and things beyond your locus of control”.  And activism also means taking care of yourself, and “allowing the community to care for you, to shield you, to hide you, to allow others to speak on your behalf”. I read this and felt enormously grateful that colleagues of such commitment and integrity are in my corner. And I am in theirs.

4 thoughts on “The Justice League of Academia has lunch”