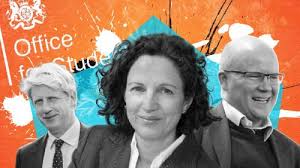 The Office for Students (OfS) is the new regulatory body for universities and higher education providers in the UK.  To date it has had a short and rather volatile history. Below is a collection of the main issues which students and academics should be aware of.

“The OfS will be explicitly pro-competition and pro-student choice, and will make sure that a high quality higher education experience is available for students from all backgrounds. For the first time, we will put the interests of the student at the heart of our regulatory landscape. By enabling better student outcomes, we will also protect the interests of taxpayers and the economy”.

But the suspicion at this point is that the government’s understanding of competition and choice is restricted to the introduction of new private providers into the system. The fear is that they will choose to provide cheap-to-teach courses, like law and business, and this will further restrict the choices available to students. This concern is grounded in the fact that among the members of the board are Carl Lygo, former VC of BPP University, part of the Apollo Group which includes the for-profit University of Phoenix in the USA. The rest of the appointees can be seen here  and we note that private sector and business professionals predominate over practitioners in higher education.

8. There are real doubts about how the quality of higher education courses will be protected by the new regulator. The OfS will oversee the award of university title to new HE providers – a privilege currently only bestowed by the Privy Council. The OfS has already shown signs that it may tolerate a less rigorous pathway to university status than we see with current arrangements. Alarm bells rang for many academics when the UA92 Manchester United Academy was announced. The new regulatory arrangements allow for degree awarding powers to be issued with no demand for a track record of quality teaching and assessment under the supervision of an established university.  OfS will also be able to revoke the title of university for those institutions it deems to be failing. The current quality assurance system works with universities if they are seen to be in need of improvement, but students now might start studying at a university, only to find their institution downgraded or fined into bankruptcy.

9. The OfS has already demonstrated poor judgement in its attempt to appoint Toby Young to the board. Given the structures outlined in the White Paper, this appointment must have been overseen by ministers (namely Jo Johnson), and Young would have been interviewed by Sir Michael Barber, the Chair of OfS. The appointment of student representative, Ruth Carlson (see point 5 above) seems similarly unorthodox. This action has alienated most parts of the sector, as we can only assume it was meant to. We need an independent regulator which can work with universities, not antagonise them for the sake of it.

10. Jo Johnson, the previous minister for higher education, has suggested that it will be within the remit of OfS to issue financial penalties to universities which award ‘too many’ firsts and 2.1 degrees. Firstly, as I argue (in a forthcoming piece), there is no firm basis for charging universities with grade inflation. Secondly, there is no suggestion at the moment what might constitute ‘too many’. If the OfS does interfere with universities’ cherished independence and academic judgement in this manner, it is unlikely to make many friends among students it counts as its central constituency.

The unease which has greeted the launch of the OfS has prompted Alistair Jarvis, Chief Executive of Universities UK, the vice chancellors’ representative body, to write of the recent consultation document from the OfS, “The tone of the document is, in places, confrontational and appears preoccupied by short-term political concerns rather than the larger long-term task of creating a credible, independent regulator”.

The OfS has shown itself to be willing to pursue moral panics that vice chancellors feel originate with a government piqued by perceived opposition to its agenda (especially Brexit).  Many of the rest of us resent the ideologically motivated campaign in both government and media circles which is unsympathetic to dearly held academic values such as education for the public good and worry that the OfS is merely another vehicle by which to instigate this. I for one share Alistair Hudson’s hope that, “In the months ahead, it will be necessary for the OfS to establish itself as a mature, fair and accountable regulator that uses its powers to support students through proportionate regulation and judgement.” Sadly, the shortcomings exposed by its initial actions have meant that OfS has probably exhausted any goodwill it might otherwise have been able to claim.