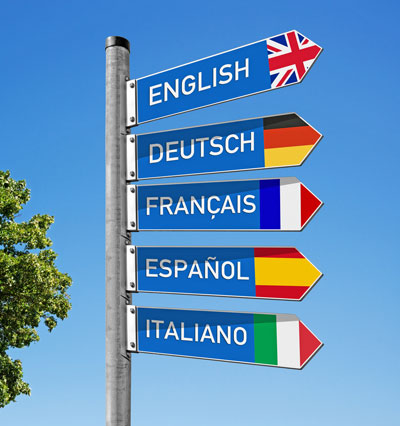 It has been chilling the last few weeks to find universities shuttering degree courses in languages as was announced recently at the University of Sunderland and late last year at Nottingham Trent University. History and politics have also been singled out for closure at Sunderland.

‘The governors agreed that all subjects and programmes in the University should be educationally and financially sustainable, align with a particular employment sector, fit within the University’s overall strategy and be of a consistently high-quality’…’ work is underway to further develop areas of importance to the regional and national economy and those that provide clear routes into employment. These include engineering, computer science and business.’

There is a mistaken assumption that history, politics, and languages have no place in a “career-focused curriculum” when many of our political leaders, and indeed many vice chancellors have taken their degrees in these areas. Significantly, among their number is the Sunderland VC, Sir David Bell, BA History and Philosophy (Glasgow).

This academic vandalism is rationalized with two false assumptions: that the only justification for teaching a subject should be its immediate and obvious vocational application; and that the implicated subjects have lower rates of employment than STEM.

When we look at HESA statistics for the occupations of 2012/13 graduates, we find a very low rate of unemployment for graduates of languages – 2.3%. The unemployment figure for History and Philosophy is 2.5%. This compares well with unemployment rates for graduates of computer science 4.6%, agriculture 3.0%, engineering and technology 2.5%, and biological sciences 2.5%.

Nevertheless, the dean of NTU Arts and Humanities repeats the misinformation that ‘nationally graduate outcomes for these students are often not as good as for those on other courses’ available in this tweet.

Another important question is – does a university serve its students and its civic function without offering languages to students? In a post-Brexit world, it would benefit students well if universities equipped them all with a usable foreign language. Now that possibility is foreclosed for students at Sunderland and perhaps at Nottingham Trent in the future.

Sunderland’s VC adds to the website statement, ‘Our students will be looked after in a way that is consistent with the Student Protection Plan that was agreed by the Office for Students’. This might be the first time that a SPP has been invoked. Readers who are unfamiliar with these documents can catch up here.  They arrived on the HE landscape with the Higher Education Act and Research (2017) and universities are required to have them approved by the regulator, the Office for Students, as a condition of registration.

It is currently difficult to access the student protection plan on Sunderland’s website. The Office for Students mandates that universities make these easily available to students. However, Jim Dickenson has managed to unearth it at this site. It states,

‘The risk that the University will cease to deliver in complete subject areas is very low. The University has undertaken a comprehensive Quality and Sustainability Review of its provision in 2017/18 academic year, examining data to decide whether any subject or programme areas should be discontinued. This Review has completed and no significant change is taking place’.

This is published as the 2019/2020 Student Protection Plan. Students who are currently studying languages, history and politics will feel duped in view of such a recent bill of health from the university which was undertaken prior to the tenure of the VC, Sir David Bell. What kind of confidence can students have in any promise or guarantee from the University of Sunderland? Do managers not consider this loss of trust to be calamitous reputational damage?

It has seemed for a long time that languages are the canary in the mine that augurs a wider assault on the humanities in general. This week, academics as the School of Oriental and African Studies, University of London (SOAS) were stunned by an announcement that appeared to signal a massive reduction in the employment of fractional teaching staff together with a rescinding of research leave. These announcements were apparently made without consultation and are to take effect immediately. While particular programs are not singled out here, SOAS is an institution dedicated to arts, languages, history and international studies, with a focus on Africa and Asia. Among its specialisms are languages that are not taught elsewhere in the UK Amharic, Hausa, Somali, Swahili, Yorùbá, Zulu and its scholars conduct research on endangered languages. There is also work on inclusive democracy, gender and on decolonizing the curriculum. In an academic world order overshadowed by Victor Orban and Donald Trump, academics at SOAS must fear a Central European University-like exile. ‘Watch out for the “career-focused curriculum” to become the nicer, politer way for right-wing and centrist governments to evacuate critical scholarship from higher education’. Tweeted Ben Miller @benwritesthings

It is disingenuous of Jo Johnson to warn the government about entering a culture war with universities in revenge for their opposition to Brexit. With his White Paper, Success as a Knowledge Economy, he set in place all the machinery for government to apply to universities whatever levers of manipulation it wishes. These have led to the privileging of STEM subjects and others which universities judge will lead students to the highest earnings. This one measure – Longitudinal Educational Outcomes (LEO) takes precedence over and above any other forms of life-enriching opportunities. The previous government raised tuition fees to a level which most graduates will never repay in entirety. This now necessitates university courses becoming more closely harnessed to high-paying careers so that the monies which should be seen as an investment in education are instead repositioned as a ‘return on investment’ for both student and the government lender. Except, that investment is solely an economic one. Out of sight and excluded from the public discussion is the investment that lies in the hidden column of the spreadsheet. That investment is actually now a risk. How can we ask postgraduate students to take a gamble on becoming specialists – at their own expense – when their expertise and scholarship is likely to be declared redundant? How can scholarship survive if the only arbiter is economics? How can it survive when we cull entire subjects in a sudden and apparently unjustified edict taken without consultation? And how can UK universities survive when, apparently, the ranks of its leadership are so willing to genuflect and submit before hostile and anti-intellectual governments?

Knowledge, scholarship, truth, diligence, enquiry and democracy are all seen as a cost. Students take university degrees in subjects which they enjoy. Anybody who has taught in universities will know how ill-advised it is to recruit students who sit in class without enthusiasm or inspiration. Even the highest quality teaching will not reach them. And similarly, they are taught by staff whose devotion to a subject has carried them through 10 years of study, research and writing. To try and detach advanced study from love of the subject is to fundamentally change the dynamic and mission of higher education. And yes, Jo Johnson, it is a culture war, and it is one that academics will need to fight because their ‘leaders’ gave up four decades ago.