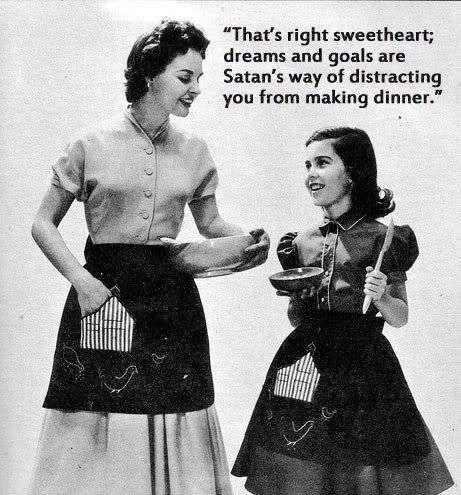 Liz Morrish replies to a feminist colleague’s letter of resignation.

I was very sorry to read your letter of resignation. I was, though, delighted that you decided to circulate it among colleagues at NeoLiberal U, along with an article, rapidly becoming a classic, if my Twitter feed is any predictor, by Mountz et al in the Great Lakes Feminist Geography Collective, offering a manifesto for a slower pace of academic life. This is what you have not found at NLU, and you weren’t prepared to go on sacrificing the possibility of intellectual creativity, family life and personal space forever. Sometimes principles have to be lived by, because that’s the right thing to do. NLU doesn’t seem to have any other principle than to ‘maximize the staffing resource and leverage the maximum from the academic contract’ (I paraphrase).

It has been a long time since we sat down and discussed all this. That is just your point, though. In the speeded up university, with its distorted constructions of academic ‘productivity’, schedules are crafted to eliminate the necessary practices of caretaking. In my field of work, this is known as ‘relational practice’, and in its most benign form, it is attributed to women. I haven’t been doing much relational practice recently, and have been contemplating this neglect during a period of sabbatical. There is a tendency at work to hole up in offices, and scurry past colleagues you know to be in need of support. It is emails like yours that make me aware of how many of us inhabit the same private hell of alienation, shame, stress and guilt.

All of this is well documented in the Mountz piece, and by Ros Gill, Maggie O’Neill, Mary Evans, Kathleen Lynch, Bronwyn Davies and Eva Bendix-Petersen, Priyamvada Gopal and many others. The critiques of audit culture are mounting, but not as fast as the university ratchets up its demands for ‘accountability’. You found it impossible to prepare and teach new modules each year, do good research, cope with constant change and restructuring, and still be told that you are not working hard enough. I agree, it is uncongenial and it is abusive. As new ‘benchmarks’ for 3* and 4* ‘outputs’ are set by managers who seem oblivious to the demands of our profession, you looked ahead and found the future unsustainable. Sadly, you are not the first, or the last. We have let many hugely talented, capable, and caring, women slip out of the academy without an attempt to address the issues which prompt their departures. It is truly a care-less institution. There is official denial that there is a problem with staff retention, and to frame it in HR terms, your significance must be set against the importance of ‘the role’. There is only ‘the role’; you were merely the temporary place holder. And as you point out, there will soon be some newly-minted PhD who will be prepared to work the 60-70 hours a week necessary to fulfill ‘the role’. In the end, you had the strength and integrity to realise that academic freedom cannot survive in the hot-house culture of perpetual surveillance and ‘kaisan’ that has become the way of life at NLU. What you have observed – a system that stifles intellectual endeavor as much as it considers itself productive and dynamic – is termed ‘acanemia’. It disguises its damage by pretending that its individual parts are malfunctioning. You have correctly diagnosed the system as being sick. This has not prevented you from being harmed however, by what Ros Gill has called the ‘hidden injuries’ of higher education.

I wonder what was the last straw? The broken promises on workload equity and research time? The shifting goal posts for promotion? The time wasted on pointless change? The lack of collegiality? The authoritarianism which ruptured the working relationships you had developed? Or was it the growing awareness that immediate managers have as little power to improve your conditions as you do?

Given the totalizing reach of the in-corporat-ion, I am pleased to see you refusing to allow yourself to be judged by those absurd binaries and exclusions which govern our working environment. The ‘performance reviews’ which consider only the visible and measurable workstreams. And the monetizable, of course. Research active status will now be a designation earned only by a new, homogenous and care-less elite. It will not be allowed for the slow, careful writer who wishes to do scrupulous and yes, pleasurable work. In this obscene inversion of academic values, such a person may well be subject to the discipline of ‘capability procedures’ if we read the strategic plan. For capability now equals not scrupulosity of process, but speed and quantity of ‘outputs’, possibly augmented by the requisite citations and H-index. This is a world of multiple Neoliberal Us which have decided to eat their young. We have lost a good dozen in the last few years. Those former colleagues are now beyond the reach of REF, NSS, QAA, PDR and a whole host of officious, soul-sapping bureaucracy. Now that you are leaving, those others among us who critique the regimes of performance management, surveillance and ‘output measures’ are a little more isolated. It is affirming to hear similar perspectives from younger voices which discount managerial narratives of entrenched positions quarantined among peevish golden agers.

I’m sure, given the opportunity you deserve, that you would have ascended the ladder and made it all the way to professor. But, this accolade, too, has been reformulated to reflect an institution which never reaches its goals. No process is ever allowed to reach fulfillment, and so it is with academic careers. You thought you had arrived? Think again! The collective vice-chancellors of the UK seem determined to declare the area a professor-free zone, as one after the other, universities have declared war on their professors Taking your bow after an inaugural lecture is your first step into a new precariat. It can only be a matter of time before HR departments are instructed to replicate that strategic insecurity among the rank and file academic staff.

So get out and stay out of academia would be my advice. It is unlikely to get better. Three years from now, big data will see us all reduced to just a blinking light on a faculty ‘dashboard’. But I would like to thank you for your work. I’d like to thank you for not just turning your back and leaving silently. Thank you for calling out the insanity, and refusing to submit to false definitions and measures. You leave with the admiration of your colleagues, which to me, is the only prize still worth having.

21 thoughts on “A feminist leaves NeoLiberal U”