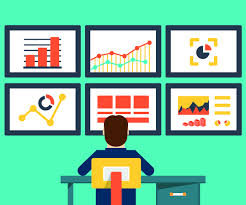 They’re at it again. The dashboard dopeheads and their metrics. I’ve blogged about it before, David Colquhoun has blogged about it, so has Dorothy Bishop,so has Kate Bowles, so has Philip Moriarty and still the insanity goes on. What is it that we are all railing about? Performance targets which rest on securing grant income, that’s what. This week it has descended on Queens University Belfast. A Russell Group University currently undergoing financial stringency, it has transferred responsibility for dragging them out of destitution onto its academic staff. Already burdened with tripling the number of non-EU students, QUB is requiring staff to reach specific targets of research income. The BBC News website reports:

The Times Higher affirmed in June 2015 that one in six universities is now imposing grant targets. This did not count the institutions which offered misleading responses to its Freedom of Information requests. Prime culprits were the managers of the University of Birmingham who were exposed when they sent a “position statement” to the University and College Union, and used that duplicitous trick of redefining their terms. Grant capture was not contractual, they claimed, (so not reported to the Times Higher); instead it was merely an instance of “local or research area specific norms” and “sector-wide standards” being applied.

Local norms. So that’s alright then. Except it’s not. Absolutely not. Let me count the ways why not.

Each time grant capture and associated ‘performance management’ are mentioned, it is inevitable, and appropriate, that the case of Stefan Grimm is raised. Stefan Grimm was a Professor of Toxicology at Imperial College. Public humiliation by his head of department over apparent lack of program grants, and a threatened progression to ‘performance management’ led to this comment in his last email to colleagues before he took his own life “Why does a Professor have to be treated like that”?

While we reflect on the violence of that last threat to Stefan Grimm, we must also consider other realities such as the fact that the success rate of grant applications can be as rare as the low teens  and decide whether academics are being set up to fail. If so, this would certainly constitute institutional abuse on a very large scale.

More bleakness is to come. In November 2015 we will get the results of a government spending review which is likely to result in a 40% cut for the department of Business Innovation and Skills and funding for research. The Minister of State, Sajid Javid is determined to showcase either a defiant belief in austerity, or a hostility to publicly funded science – or both.

None of this penetrates that most stubborn and recalcitrant student – the university vice-chancellor enmeshed in their managerial fictions of targets, rankings and income generation. Universities seem intent on denying their staff even a salary by expecting them to earn their remuneration and expenses from other sources. It’s a bit like expecting a train driver to buy their own train.

The insistence on grant capture imposes some perverse incentives on academics, as Philip Moriarty points out. Academics are forced to prove that they can spend public money, and not necessarily deliver value for that money.

Dorothy Bishop agrees. Grant capture targets distort priorities she says, by discriminating against inexpensive research and privileging the most expensive projects with status and affirmation. This system has led to a backlog of unanalysed data and unwritten reports. As a result, much of the investment is wasted. But never mind, the financial and academic capital has been deployed and the Vice-Chancellor has been awarded a pay rise.

I am sickened by the experience of reading these reports and finding that nothing changes. Universities continue to bully their academics into making premature and futile bids for funding, while still asking for world class research ‘outputs’. Imperial College assured the world of academia that lessons had been learned from Professor Grimm’s death. As it turns out, universities have learned nothing except how to replicate the same conditions. I am traumatised by seeing my friends weeping after ‘performance reviews’ which judge their work by arbitrary and shifting targets, leaving their actual achievements unexamined.

Every system of cruelty requires its own theatre.  By “system” I mean an organization of objects, people and opportunities that is both regular and open to public view. There are of course many forms of cruelty that depend on secrecy, but the legitimation of systems of cruelty requires the transformations enabled by ritualized performance.

This accurately captures the ritual of public humiliation of professors for whom the briefest lapse means they must be gutted like chickens who have stopped laying eggs.

I have reached the conclusion that universities are pretty morally insolvent. There seems to be no animating principle other than the accumulation of capital, both financial and symbolic. Despite majestic promises of visions and values, every university strategic plan is reducible to ‘show me the money’. Never was this more transparent than with Professor Alice Gast, President of Imperial College, brazenly declaring on the Today Programme on 17th April 2015, that “professors are really like small business owners”.  No, Alice, they are not . They are researchers. Let’s not forget the actual accomplishment of research. Before more careers are ruined. Before universities are overrun with more HR managers to discipline the already disciplined. Before academics are reduced to a blinking light on the vice-chancellor’s dashboard. Before we lose the humanity that universities are meant to be safeguarding.