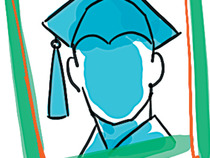 My last blog post addressed some of the misconceptions surrounding the award of first class degrees in UK universities. I was favorably surprised by the reception and the number of people who seemed relieved to be presented with another explanation than the now customary media allegations of dumbing down, declining standards and apathetic students being rewarded for sub-standard work. However, in the print media, there swiftly followed another set of familiar accusations  – that universities are admitting students with poor A levels to under-subscribed degrees.  Even more concerning, apparently these students won’t be able to secure a graduate job commensurate with their knowledge and skills.

This year’s cohort of freshers will experience uncertainty over value for money, having heard that universities are replacing credentialed academics with graduate teaching assistants or disenchanted teaching fellows.   Even lecturers with permanent posts are bailing out with stress-related illnesses.  Many students will have internalized the suspicion that a share of their £9000 could be gifted to an avaricious vice chancellor by a secretive remuneration committee. And they harbour the nagging thought that if they defer admission for a year or two, they might not have to pay such exorbitant fees.  And now, even if they overlook this catalogue of condemnation, students are told that they may be denied the prize of a first class honours degree, as universities could be punished if they award too many of them. And in any case, even the Guardian believes that academic judgement of degree classifications is so flawed it amounts to universities ‘marking their own homework’, and questions whether a first from one institution is equivalent to one from another.

As I write, it is encouraging to know that for the first time in a long time, there has been an immediate and robust response to some of the critics from the new CEO of Universities UK, Alistair Jarvis, citing “misinformation, muddled argument and even a little malicious intent.” It is a welcome intervention.

The uniting theme to all these accusations is that universities are doing a poor job and standards are slipping. The tired old argument goes, that if only 5% of students were admitted to universities in 1970, and today 32.5%, then it stands to reason that the bar must have been lowered. I suggest such critics go and read this excellent blog by Mike Ratcliffe, More Means Better, which is aimed at deflating the fiction that higher education should be the provenance of a self-defined elite.

My contribution to the debate has been to rebut the argument that universities have no check on standards and quality of teaching and assessment. My last blog piece pointed out that student achievement at university is criterion referenced, i.e. if a student reaches a threshold of learning, they will be awarded the same mark as every other student at this level of achievement, regardless of how many of them there are. Every student’s work is blind-marked, moderated (double checked) by another qualified academic, and passed before an external examiner whose job it is to monitor standards and comparability. This is fair to both students, and institutions who need to safeguard standards and reputation. At present, the reputation of UK universities is high – outside of the UK. It appears to be a peculiarity of UK journalists that they condemn the system that educated them. The fact that so many who voice skepticism are graduates of Oxford University has not escaped me, but you cannot be sure whether their views are the product of careless ignorance or exclusionary elitism. We can probably assume, though, that they will foster the ascent of their own children to suitably selective universities.

Let me offer an analogy which might clarify why ‘more means worse’ arguments are unsound, and which sheds some light on objective criterion referencing and improvements in performance.

Recently untethered from the academy, I have been able to spend time during the summer with New York Open Water – a group which organizes marathon swims in New York. The most arduous of these swims is the 8 Bridges Hudson River marathon swim. It is a multi-stage swim, and each day’s distance of between 13.2and 19.8 miles must be completed within the time window allowed by the tidal flow of the Hudson River. It is preposterously hard to swim a marathon on consecutive days over a week. Between 2011 and 2016 only six swimmers managed to successfully accomplish all seven stages of this 120 mile swim between Kingston and New York Harbor, and there were two years when nobody made it. Nevertheless, the 2017 cohort furnished us with nine new entrants to the 8 Bridges hall of fame. Could anybody seriously suggest that somehow the standard required for success has slipped? Quality control tanked? Demand an investigation from the regulatory body? The 2017 event took place over the same course, had the same organizers and was run under the same rules of marathon swimming.

So what might account for the sudden and massive increase in success? Firstly, the profile of this event has risen across the international community of marathon swimmers, so many more people see it as an accomplishment they might wish to add to their CVs. Secondly, techniques of training, nutrition, mental and physical preparation have been customized towards the requirements of this event. It adds up to a highly targeted approach to this demanding swim, and a consequent rise in the success rate has been the result.

The analogy with university degrees is this; contrary to the misgivings of the media critics, universities have become much more focused on how to teach students in interesting and varied ways, on how students learn, and how to embed feedback and progression into the assessment process. Every student is made aware of the requirements of the course, the learning outcomes and assessment criteria. No surprise, then, that they focus their efforts on meeting these.

It is different world from the exams encountered by students fifty years ago. Then, nobody thought it off limits to set questions on material the course had not actually covered. Arts and humanities courses, particularly, saw their final exams as an assessment of general erudition. I have seen a finals paper from Bristol university (circa 1965) sat by all arts students which assumed knowledge of literature, poetry, artistic movements as well as music. There was no preparatory taught course; students were just expected to have absorbed this knowledge as part of their autonomous intellectual development. The Robbins principle had, after all, stated that the role of universities was to produce “cultivated men and women; and to transmit a common culture and common standards of citizenship.”

It would be facile to compare exam papers from the 1960s with those of today and declare the latter less challenging. In the intervening years, the emphasis has swung from familiarity with high culture, to the acquisition of transferable skills and intellectual agility. We now appear to be moving beyond this to a requirement for demonstrable ‘learning gain’ in graduates.

Failure to understand the evolution of teaching and learning in universities may be at the root of some of the dismissive articles we have seen over the last year. It sometimes happens that the products of elite institutions believe their own myths. When you are told you are very ‘bright’, and are surrounded by others who are deemed ‘bright’, you tend to believe in your own exceptionalism and entitlement, when in fact ‘bright’ is often nothing more than the expression of privilege and social capital. As an educator of over 30 years, I am unimpressed by ‘bright’ because it has always seemed one of the least useful predictors of success in higher education, or indeed life. Give me the curious, the challenging, the creative, the hardworking, but above all the persistent. And a measure of self-belief is always helpful. These are the attributes I observed among the marathon swimmers I met, and among the students who distinguished themselves by improving year on year. So rather than objecting that universities are somehow diluting their standards and bestowing worthless degrees, let’s at least acknowledge two important legacies. Students are emerging from school, motivated, qualified with A levels and fully eligible for higher education. This is also one of the outcomes envisaged by Lord Robbins who argued that university places “should be available to all who were qualified for them by ability and attainment” Robbins believed that many more students could benefit from university than had been able to access it prior to 1963. He went to great lengths to provide statistical evidence that more would not mean worse in terms of lowering of standards, and indeed the expansion of UK universities was matched by enhanced international standing.

The Robbins’ principle of democratization of universities was what we wished for the nation’s young people in 1963 and it is worth defending today. It is what our politicians and journalists want for their children, even as they undermine those advantages for everyone else’s.